We Put the Treasure in Treasure Coast 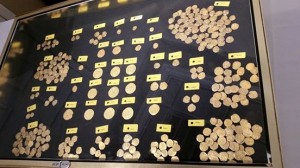 You have to look back in history well over three hundred years to learn how the east coast of Florida that runs from Sebastian to Stuart came to be known as the Treasure Coast.

It all started with the conquest of Mexico and Cuba in the early 1500s by Hernan Cortes on behalf of Spain. This allowed Spain to take over the gold and silver mines in Mexico. Thanks to these newfound riches, Spain began its rise to being one of Europe’s wealthiest countries. Little did they know, there would be a very long and dangerous voyage ahead of any treasure-laden ship that would attempt to make the voyage back to Spain.

Just outside of port Caribbean pirates were waiting for them. The pirates would follow them throughout every stop of the voyage until the end at the island of Cuba. If they were fortunate enough to make it to Cuba, they would be able to wait for other ships to join them. Then they could form a fleet of many ships, safety in numbers has always been a good thing. Often there were unplanned delays gathering these fleets together and a late departure date would result.

This was just the case for the Plate Fleet of 1715, on July 24th 1715. The fleet of 12 ships set out from Havana for a long voyage back to Spain, several weeks later than they had planned. They set their usual course north from Havana, between La Florida and the Isles of the Bahamas. They were able to use the northerly flow of the Gulf Stream and the prevailing winds on their trip via southeast to northwest, making this the fastest route possible. It was like an expressway for their heavily laden galleons. All was well until the day of July 30th when the sea conditions and wind changed for the worse. 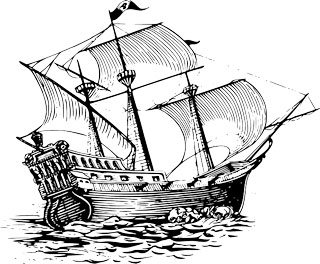 They had no way of knowing there had been a hurricane of epic proportions barreling down on them for days. As night fell on the 30th day of July, the fleet was overtaken by the hurricane. Forcing eleven of the twelve ships to be torn apart along a forty-mile stretch of our reefs and beaches.

In the early dawn hours of the 31st, as the few survivors looked up and down the beaches they realized that the fleet and their only way back to Spain was destroyed. With that terrible realization, also came the knowledge that the king’s gold and silver as well as his Queen’s Jewels lay at the bottom of the ocean.

The equivalent to that in today’s money would have been a value equal to several millions of dollars. Spain was in desperate need of this to keep the country afloat and keep King Phillip V in power. This would have been the first treasure fleet in five years to return to Spain. The King wanted each ship loaded with as much gold and silver as they could carry. He also wanted the voyage to be made at all costs, regardless of the dangerous conditions.

The survivors were rescued, and salvage crews were sent out of Cuba in the following weeks. Then a five-year salvage operation was set in motion. In the following years, much treasure was salvaged but only a fraction of what lay below. Only one of the twelve ships, a French ship that escaped the grip of the hurricane and made its way home to France.

To quote Vero’s own world-renowned Spanish historian and treasure researcher Dr Eugene Lyon, “It’s Ship Soup Out There. “ Meaning that, even though the 1715 Fleet is the best known and written about fleet that met its demise here, our Treasure Coast waters and beaches have over two hundred years of fleets and solo ships that met the same fate as the 1715 fleet. This equates to literally hundreds of ships.

Fast forwarding to 1939, a local charter boat captain named Joe Conway, discovered two very old shipwreck sites. One south of Sebastian Inlet and one off Vero Beach. Capt. Conway recovered enough artifacts to determine they were Spanish. Not much ever came out of this discovery except for removing a few cannon from the sites.

Moving on to the 1950s and 60s, brought more wreck sites discoveries. More cannons were found, and gold and silver by the buckets. These wreck site locations stretch from Sebastian Inlet to Stuart. Treasure fever had arrived and forever more this area would be known as The Treasure Coast!

Millions of dollars of treasure have been recovered over the last sixty years even with five of the 1715-treasure ships still unaccounted for. In the 1950s WWII military surplus metal detectors began to arrive on our beaches. Those early metal detectors began to uncover hidden treasures of gold and silver that had remained hidden just inches beneath the sand for hundreds of years. Still to this day, you can take a metal detector out on one of our beaches and find Spanish treasure. I have been doing it since I was age twelve and have found a many Spanish coins and other artifacts on our Treasure Coast Beaches.

Queens Jewels, a historic shipwreck salvage operation that owns the exclusive rights to the remains of the 1715 Treasure Fleet, recovered gold coins just off Vero Beach valued at $4.5 million in August 2015. Get out and find some gold! Today’s modern detectors are good, but to have the best chance of success you first need a good quality detector. One that is equipped with a salt-water/sand search mode, due to the fact that the only area you are allowed to detect is wet salty sand. The legal area on the beach that may be detected is from the high tide mark to the low tide mark. Never in the water, there are very strict laws against it.

Go out and give it a go after a hard northeastern blow. As Mel Fisher use to say “Today is the day”! Happy Hunting.

A small group of paddle boarders glide down a mangrove trail in a couple feet of water. They watch a...